I D I C Symbol

I’ve been thinking about IDIC recently – Spock’s line from “The Infinite Vulcan” episode: “Infinite diversity in infinite combinations… symbolizing the elements that create truth and beauty. ”  In my youth, “Diversity” was the banner of those we considered forward-thinking and modern. Obviously the right way to go. In the business world studies show that having diverse work groups leads to more innovative and workable results. But as I’ve gotten older, I find that all too often my embrace of diversity is more lip service than reality. 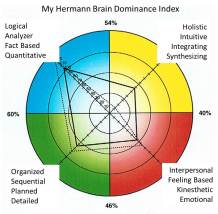 I confess that I like people who think pretty much like I do and who share most of the same values.  People of opposite styles are nice, but often I have to put out more effort to communicate with them.  Their choices jar my sense of rightness.  People with very different backgrounds don’t understand my metaphors or they mistake my humor.  I feel like I’m walking on eggshells.

On the other hand, something in me drives me to associate with groups far different from me – different styles, different ages, different backgrounds.  I enjoy learning – and I do learn from them.  They shake up what I assume.  Diversity can be hard but without it I feel like I’m deteriorating from mental inbreeding.

I was raised in a Virginia subculture that considered those who had lived there only two generations as “newcomers”.  “Diversity” in my youth  meant “Yankees taking away what is ours”.  I realized that to someone who has only known one lifestyle,  change feels like a threat, like almost literal death.  Yet change is the way of life. Diversity in terms of skin color has grown, though slowly. Now politicians may be black or white or many shades between.  Values may change a bit more slowly.   Look at the polarity reflected in the recent US elections.  Those on each side truly believe that the other side is not only wrong, but is wrong in a way that will bring dire consequences to all.  In conservative Richmond, my liberal friends fear to speak their opinion.  In liberal Santa Fe, my conservative friends say that they are treated as stupid if they speak their opinion.  Neither side truly accepts diversity.

Even groups of “Diverse Others” can clump together and judge outsiders.  My Santa Fe community is largely liberal, right-brained, and emotionally oriented.  “Diversity? Of course we support diversity!”  Yet when I moved here, I was judged “of lower consciousness” for my work in the corporate world and for being mentally oriented.  I was praised as “developing” as I gradually learned to mimic the words & manner of those around me.  In the 80’s & 90’s  I was part of the AIDS community, working as a volunteer and taking care of my dying friends.  I noticed that while the gay community applauds diversity,  they often associate with other gays. Granted it is for good reasons.  Quite a few have been literally beaten up by those in the mainstream. But some, mostly women, looked askance at me as a “straight” until I learned to send the signals that let me subtly “pass” as maybe lesbian.  I have learned to “closet” who I truly am until I get signals that I’m accepted.

An actor I admire tremendously is the “new Spock”, Zachary Quinto.  Zachary is a champion of diversity.  It was an open secret that he was gay or bi. Then he for the first time referred to himself publicly as a gay man, without fanfare, almost in the same breath he referred to himself as a liberal.  In my youth for a major star to come out could be career suicide.  It wasn’t for Zach.  A number of other actors and public figures have followed suit. That’s as it should be.  That is a form of diversity that is getting more accepted in our country.  But accepting that others have sexual preferences or accepting into the workplace those of varying colors does not mean acceptance of other “diversities”.  I’ve noticed that even Zachary and his production company mostly do business with a narrow range of people – often those who graduated from the same college.  Even more now Zach himself seems to be choosing the company of others who are gay or lesbian.

Don’t get me wrong – that’s wonderful! I remember the high of finding my own “tribe” and being surrounded by like-minded others. It was wonderful to be understood, to feel free to be myself, to feel safe and at home.  Theater & film people are more relaxed around other theater and film people.  Engineers share an understanding with other engineers. Artists are more relaxed around artists.  New Yorkers have a sympatico with other New Yorkers.  We’re drawn to our tribe. It takes effort to hang out with those who are different.   That’s a very human limitation to our acceptance of diversity in others.

Maybe like most things in life, it takes balance – in this case between diversity and similarity.

I continue to fall short of my own ideals.  Sometimes I get irked at hearing around me languages different from my own, even accents different from my own.  Even though I fled the rigidity of my upbringing, I catch myself falling into its judgments.  I roll my eyes at those less prone to logic and data.  As an older woman I notice that young people tend to put me in a “grandmother” box.  But I also catch myself groaning at some of their “immature” choices (at least until I remember what I was like at their age!)   Alas, I am now “old folks”, still imprinted by narrower ways.

Are the newer generations getting more accepting of differences? Is their sense of who can be accepted as part of their tribe broader?   I’d like to think so.  The norm for kids now includes different types of families, a mix of races.   Some seem quite comfortable being global citizens.  Maybe each generation can go only so far.

What are your observations about diversity in your life?

Aquarian, with Virgo/Leo rising. An infrastructure kind of person ("Hmm, I wonder how this works!") Former engineer. Training designer. Crystal healer. I have a private practice using stones, hands-on energy, bodywork to release blocks, fill in gaps, and allow energy to flow optimally.
View all posts by Lindsaysf →
This entry was posted in Musings and tagged diversity, gay, HBDI, IDIC, Infinite diversity, prejudice. Bookmark the permalink.