Like most people these days, I have wondered what on earth is 2020 about. What a year! What a strange, weird, variable, unpredictable year!  Some speak of this period as the Apocalypse, while others hope for the Age of Aquarius.  Devastating fires, rising oceans, unprecedented storms, sweeping disease, political chaos – even swarms of locusts and casual mention that an asteroid may hit the earth!  What is going on?

What’s the use of having developed a relationship with Guidance if I can’t ask questions like this?  So I sit down, shut up, ask and listen.  I get an answer, but it’s…..”REBOOT”.  Reboot? What’s that mean, I ask. But I just keep hearing “REBOOT”. I get the impression that even if I was given more, I wouldn’t now understand it. Like something you only “get” when you’ve gotten there.

I’m a computer nerd.  Reboot to me is what happens when you turn a computer off and back on again.  The operating system – the set of instructions that tell it how to behave and how to run programs – is reloaded, replacing the instructions that over time and use have gotten scrambled,  lost their references or otherwise gotten screwed up.  Well. Okay. So how does that apply to me?

I notice that I feel like I’m put on hold in some way.  A January cold inspired me to cancel my scheduled crystal healing sessions and I don’t really feel like scheduling any for the rest of 2020. Will I ever do them again?  I don’t know.  A fascinating program I’ve been taking of advanced energy healing approaches has been put on indefinite hold.  As a homeowner I have an eternal list of “to-do’s” but while I now have the time, I don’t have the inclination.

Instead I notice that I’m revisiting some of the teachers who were so important to me 30 some years ago – Bartholomew’s teachings (see “I Come as a Brother” in the side bar),  Katrina Raphaell’s crystal healing trilogy.

I find that they not only still speak to me, but that now I have a richer relationship to their wisdom. I even found special stones I thought long lost, ones that had been miraculously “given” to me when I was at Findhorn in Scotland in the ’80’s.  T.S. Eliot’s passage from Four Quartets comes to mind (see quote to the left).  It feels like all this is part of my personal reboot. 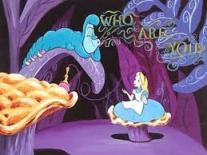 I also notice that I keep running into the question of who am I – now.  Much of my idea of myself is based on the me of 20 or 30 years ago.  Several years ago I went snorkling with friends. I had snorkled a lot. I put on the gear and submerged – only to panic!  Yeah, I’d snorkled – 40 years ago! By now I’d forgotten how.

More recently I tried to replace an electrical element in my stove top.  I could replace the element but found I no longer have the physical strength to cram the pieces back into place. Yeah, I used to.  Many years ago.  I am no longer that person. I thought myself to be open to diversity, but now I often yearn to be around familiar language and customs. I’m no longer as open as I thought I was.  On the other hand some changes are welcome. I’m no longer addicted to sugar the way I used to be. I no longer put up with men who want me in a role that doesn’t fit.  Good or bad, I am no longer who I once thought I was. Who am I now?

It seems the reboot is not for me along.  Looking to astrology, Saturn, Pluto and Jupiter are practically sitting on top of each other and, being slow moving outer planets, will be there a while. Think structured Catholicism plus Lord of the Underworld plus benevolent Santa Claus.  Constriction and expansion being stirred in the subconscious. Dynamic, but not comfortable.  On the upside, possible renewal and rebirth.  Hmm – renewal and rebirth – sounds like a reboot!

Many have pointed to this period of time as being…well, intense.   Some say we are in the Apocalypse.  All the unusual natural disasters fit right in.   What is an Apocalypse anyway? Wikipedia says “An apocalypse is a disclosure or revelation of great knowledge. In religious and occult concepts, an apocalypse usually discloses something very important that was hidden or provides what Bart Ehrman has termed, “A vision of heavenly secrets that can make sense of earthly realities”.”   I’m sensing a theme here.

Most of us would agree that our systems are crumbling – the medical system has skyrocketing costs and is inaccessible to many; the insurance system also costs a lot and fights to avoid paying out;

the educational system is overloaded and no longer produces relevant learning;  our economic system takes from the poor and gives to the rich;  capitalism has run riot to the point that many are willing to risk our future for the sake of immediate profit; we have the highest per capita incarceration rate; we are increasing polarized rather than united.  We know that something has to change, but the factors are complex and nothing comprehensive is being done.  Maybe that’s what Trump supporters hoped for:  tear it all down! But just tearing down isn’t enough, not without rebuilding.  Then there is Co-vid, which is stressing all the systems.

Maybe a reboot is just what we need.

Aquarian, with Virgo/Leo rising. An infrastructure kind of person ("Hmm, I wonder how this works!") Former engineer. Training designer. Crystal healer. I have a private practice using stones, hands-on energy, bodywork to release blocks, fill in gaps, and allow energy to flow optimally.
View all posts by Lindsaysf →
This entry was posted in Musings and tagged 2020, astrology, rebirth, reboot, transformation, who am I. Bookmark the permalink.